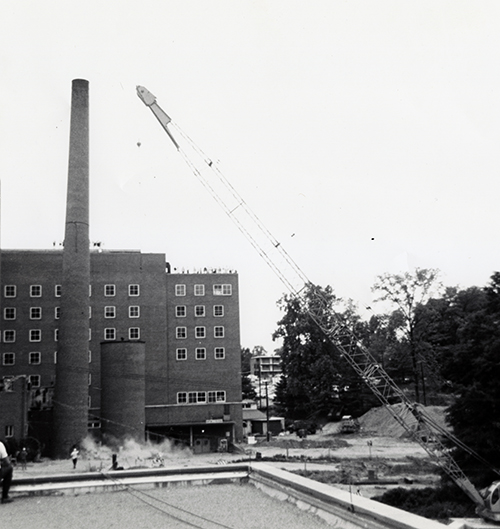 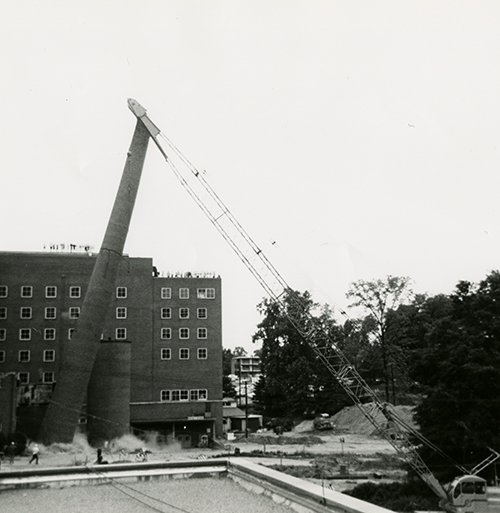 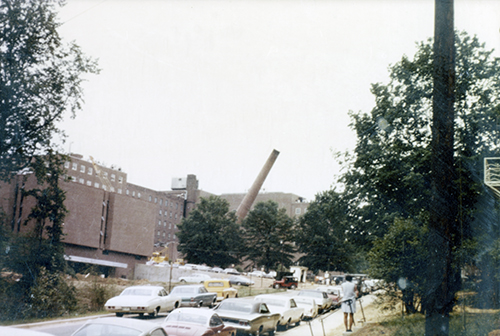 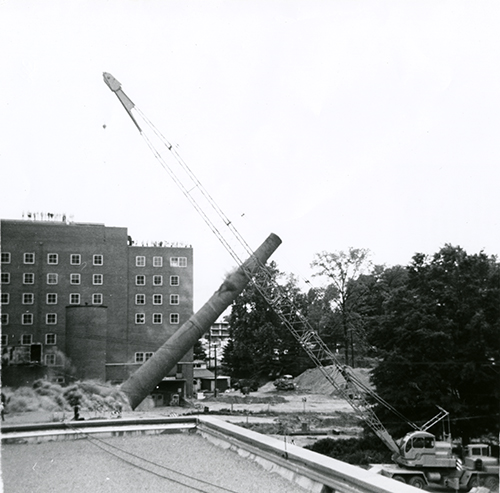 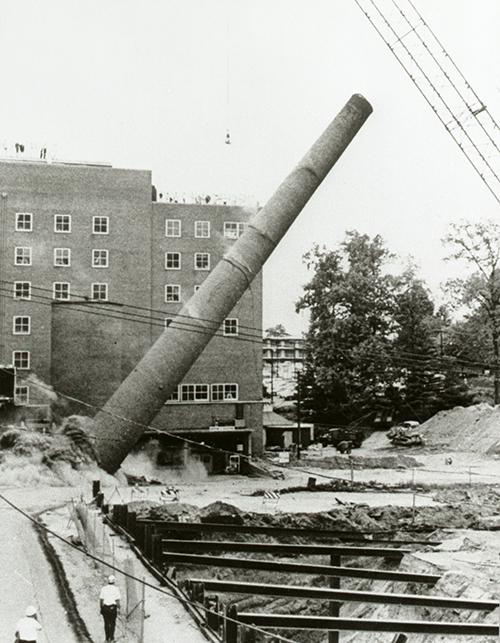 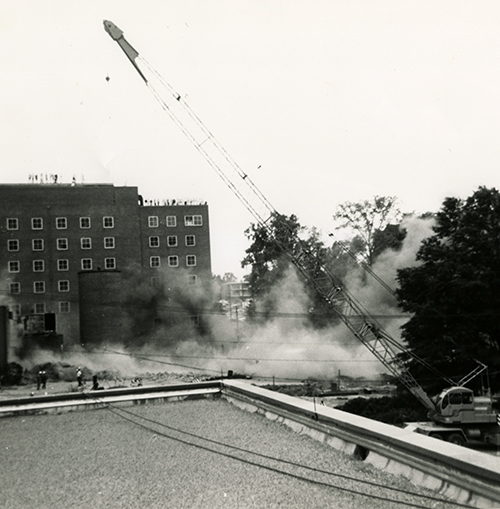 The 150-foot, 15-year-old smokestack surrendered on May 14, 1969. It had served North Carolina Baptist Hospital’s heating plant. The demolition crew had hoped by cutting a hole at the base of the chimney leaving some bricks for support would allow the smokestack to topple down like a tree. It took eight tries; more drilling around the base and three hours and 50 minutes later, it finally came down. The amphitheater, original to the medical school since it moved in 1941, was also demolished. All the demolition was to make way for the Reynolds Foundation Patient Tower – increasing the bed capacity in the early 1970s from 477 to 695 beds. The Tower would also house clinics after the three-year construction timeline at a cost of $13,651,000. Besides structures going down for progress, streets went away as well, such as Everette Street and Eden Terrace. The new power plant was completed in February and placed in operation in March 1969.